i'm liv and this is my story..

i used to get bullied, it started off firstly because i've got a different accent and i sound abit funky, it then developed to name calling, mostly about my weight. 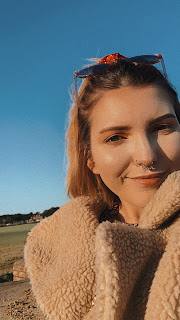 after a while, it just took its absolute toll on me and i developed an eating disorder commonly known as anorexia nervosa.

starting from my early teens, it progressively just got worse and for a long time i really struggled.
with anorexia came anxiety and depression, and that catapulted into me just not wanting to exist.
i didn't wanna die, i just didn't want to be me.
i hated the skin i was in, i literally hated who i was.
i went from being that happy go lucky little kid that loved life, to being a teenager wanting to just not be around anymore.
my life had taken a complete 360 and i felt like i was in foreign territory, i wanted so desperately to just be able to see the beauty in life but for me, there just wasn't any.

i'm in my twenty's now and had alot of fucking struggle.
i've continuously fought for myself, i've felt like giving up on myself more than i care to admit.
i've felt so much happiness, i've had my heart broken, i've had really high high's and really low low's.
but what i'm really trying to get at, is that no matter how much of a constant battle your mind can be, it does get better.

i'm in a career i enjoy, i've kept my circle small so the few friends i have got are the bestest ones, and i'm happy.

i've asked for a few other peoples thoughts on mental health so here we go..

- Gary -
''i've lived with mental health issues for probably about 20 years, some days i'll get lucky and i'll make it through most of my day relatively easily but some days it's literally paralyzing, those days are the worst, those days i struggle to even get out of bed, my messy mind just takes over.
i've been working on a blog and actualising my thoughts has helped keep things a little quieter, i'm not 100% there yet but i'm heading in the right direction. 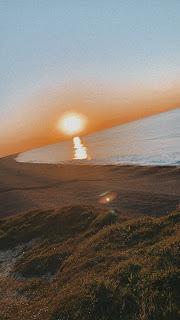 - Benjamin -
''mental health to me is a big enigma.
i don't think anyone really understands its workings, or how it comes about or how to fully ''cure'' it.
we just find ways to cope and suppress it. that's obviously only the ''bad'' stuff.
i believe mental health is a big umbrella term for how your mind is feeling and what's going on in there. happy, sad, anxious, angry, nostalgic etc.
it's always been there, it always will be, i've come to terms with that.
but the last few years have made mental health awareness and advocation for being happy and talking after losing my best friends mum.
she took her own life, she didn't talk, we didn't know.
i remember crying for a week about it, i remember being told by my best friend, he's family, they all are.
that feeling still haunts me.''

-Matt -
''living with mental health has always been something of a challenge for me as it is to anyone who suffers.
i live with anxiety and depression, coupled with an empathy disorder meaning that i tend to feel emotions with more depth than other people, and i can assume someone else's feelings and mood completely, especially negative emotions.
sometimes not by choice (as an example of this if a friend is going through bereavement i will feel their emotions despite not knowing the deceased).
my advice to anyone dealing with strong emotional responses and needing a way to deal with them would be to lean on friends where possible, and also write things down.
whether that be in letters to yourself, or as journal entries.''

mental health isn't a one size fits all, everybody feels differently, we all cope differently.
what works for one person, may not work for you, but one thing that you all should know, is no matter how alone and lonely you feel, you aren't alone.
whether you message me or someone close to you, protect yourself and your mind at all costs.

the advoation for mental health will always be incredibly important, awareness for mental health isn't just important for a week or a month, the feeling that there's people out there that know your struggle and can relate to their own struggles helps.
mental health and suicide can sometimes be seen as a taboo subject but you've gotta get comfortable with the uncomfortableness of talking about it.
it's the only way to help others.