What does suicide mean to me?
For me, it means my fight is finally over. It means being too strong for so long and then finally accepting defeat.
It's something I've spent alot of time thinking about, I always used to thin about how I'd do it, when I'd do it, what would happen after? 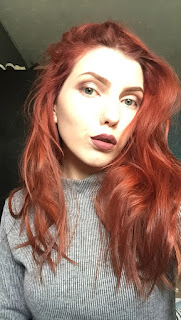 It got to a point where I no longer cared about any of that, I just wanted to be gone. I wanted to feel free, like if my favourite song is on and I get up and dance I wanna feel that type of free but all the time. It's become a daily thought of mine again, I know I'm struggling and I know that's okay but I don't wanna always feel this unpredictability that comes with anxiety and depression.
I don't know if I'll wake up feeling good and want to actually get dressed and go out or if I'll want to stay in bed all day just looking at my ceiling wanting to just disappear.

Don't get me wrong I don't wanna die, I just sometimes I wish I just didn't exist because feeling the way I do is a complete mindfuck.
One day I can be SO happy like literally proper beamin with happiness and the next I'm trying to stop myself from breaking down every 2 seconds.
Even when I'm feeling my absolute worst I'll plaster this fake ass smile on my face so nobody can see my vulnerability, I've always been scared of people seeing me be vulnerable. I've always hated showing any sad or upset emotion, I don't want people to perceive me as 'weak' or 'delicate' because I'm neither of those things.

Suicide is a subject so many people hate to talk about, and think its an uncomfortable conversation to have but it HAS to be spoken about.

I feel like I should also mention that there was recently a new series surrounding suicide and bullying and everything else relating to that called 13 reasons why. Alot of people thought it was a bad representation of how bullying affects suicide so here's my views on it..

So yes I think what that series did was open a new conversation, although not being a complete arsehole to people may help, what really would help? Let me break this down for you in this series she got:
Every single person that laughed at one of the rumors or every single person that dismissed that she was actually being bullied.

Nobody actually knows how anybody is feeling other than themselves, never invalidate someones feelings because YOU don't agree with it. If someone is being bullied or has them feelings of suicide you do not dismiss it, ever. You try to help, you listen, you do not wait until they've ended their life to make a difference.

I've got a part 2 to this post coming shortly so be patient
x
Posted by liv morgan x at 09:27 No comments: