relationships are already hard but mental illness changes a person,
sometimes for better, sometimes for worse.
alot of the time i wish i weren't full of anxieties, i wish i didn't have to be so reliant on anti depressants.
there's a HUGE stigma towards dating someone with mental illness, purely for the fact there's still a huge stigma towards mental health in general.
Joe Weller is a Youtuber with over 4 mil subscribers, recently him and KSI did a 'press conference' and that's something KSI brought up..
''you're unstable''
''do you need drugs to stay sane bro?''
''are you depressed.. what're you gonna do then?''

BIG Youtubers talking openly about mental health inspires and helps younger viewers that don't really know what's going on inside their heads, it helps them understand and realise they aren't alone, mental health is one thing in this world that doesn't discriminate. famous, or not famous, rich, or not rich, it doesn't matter how much money you have in this world. mental health issues can still affect you.

the fact that someone who has a HUGE following of teenagers and young people can say something so damaging and so stigmatizing is crazy. and the fact he came out and said afterwards that he said it 'in the heat of the moment' i think personally isn't true. why would something so personal like that be in his head anyway? trying to use someone else's issues against them is absolutely disgusting. you have to be the lowest of the low to try and get a reaction out of someone by mentioning something that is so goddamn harmful.

in 2014 in the UK over 6 thousand suicides of children aged 10 and over. imagine that, 6000 boys and girls, little children deciding their life isn't worth it anymore.. young people aged like this are viewers of KSI so imagine if some of them watched his videos to make them forget about the awful day they've had and it comes out their idol is basically just mocking them.
don't get me wrong, i used to watch KSI's videos and it's only recently that i've been watching Joe Weller but mental health and talking about it can be incredibly powerful and for someone so big on Youtube to mock it, something just needs to be said.

if Joe see's this (doubtful..) but if he does, i'd absolutely LOVE to talk to you about what we can do to help young people stop suffering in silence.

makes you feel like
youre trapped
but inside your mind

that loneliness
that burden 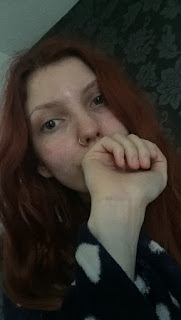 if anyone knows me, they'll know i absolutely despise change.
it sucks.
recently, alot of things have changed. my bestfriend went off to uni (still mega proud of you peanut),
people have come in and out of my life, people that i'd considered good friends but people change and that's just how things go.

usually when things are about to change, i turn into a complete arse (i'm still working on myself), like i don't mean to be a complete dickhead to the people i genuinely care about but when i think people are leaving i always figure i'll hurt them before they hurt me so i don't seem weak or they won't see me vulnerable but that's just lame.
having feelings in no way make you weak, they make you human.

i'm still adjusting to recent changes and nights can be worse than days but honestly, i feel kinda hopeful for the way things are going now.
i'm now going to embrace change, i'm going to welcome it with open arms.
i'll be quite happy if things change even more soon, it's all just a learning curve and with life you can never stop learning.

having anxiety whilst dealing with change can be absolutely awful, a hundred and one things are constantly going round and round in your head.
'i wish i let them know how much i cared'
'i wish....'
you can't change things from the past, you can change how you treat people, you can allow yourself to feel some vulnerability sometimes.

my last couple of posts have either been about self realisation or love. which are clearly two very important things in my life.
and basically, i just wanna write down everything that's bothered me or been bothering me so i hope you all don't mind.

i'm not an ordinary person, i have a heart full of magic yet i can be so guarded.
i don't just want any other love, i want something that you can physically feel, i want a love that radiates wherever i go.
i want a love that happens once in a lifetime yet you remember til your old and grey unless you're one of the lucky ones that stay together through all the rain and storms to the sunshine and good stuff.

i don't want a love that's simple and easy because it's doubtful that a love like that would even last, i want to be with someone that no matter how hard it gets never gives up on us or me, no matter what the people closest to us think of our relationship, i want to be able to put a united front on and show them that we're sticking together throughout it all. but to find someone that loves just as furiously as i do, is an absolute challenge.
in life, not everyone is gonna love the way you love, so trying to find someone that does you gotta keep them around no matter how hard it gets.

i do have massive trust issues which honestly i'm trying to work on, but it's hard to believe someone's genuine motives and intentions with me when not only do i have trust issues, i suffer quite badly with anxiety also so i'm ALWAYS second guessing myself and the other person. i don't mean to doubt them like i want nothing more than to just be able to trust my 'guy' but it's just hard when everything just seems so bleak.

all i want is to love and be loved,

throughout most relationships i've had i've written about them on my blog, apart from my last one i guess that was kinda hidden. not because i didn't want anyone to know about him but because i was so scared of it going bad.


i used to have serious commitment issues, not because i couldn't commit to one guy but because i didn't want to give 120% and just get 20% back you know? and i didn't wanna commit if i didn't think the other person had good intentions..

i'll tell you all a lil story, something not many people know actually..
i fell in love with my best friend, i always kept my feelings hidden so i'd act like a dick the majority of the time but that was just my personality like i guess you could say i was a loveable dick? haha my bad..
we'd go everywhere, we went to the beach SO many times, and also another lil story it was at the top of a cliff where i first told him i was in love with him too..
but anyway back to the main point, i was in love with my best friend and that absolutely scared me.
i have this huge fear already of losing people and if i lost my boyfriend and my best friend i felt like i'd just be fucking broken man, like proper.

so i kept my feelings hidden until one day i just couldn't do it, i wanted him to be mine, i wanted the world to see just how goddamn lucky i was to even have him and as soon as i got him, it didn't last long til i fucked up.

and my overthinking, my fears that were always lingering in the back of my mind ruined something that could have been amazing got ruined in seconds.

so lemme tell you all a lil piece of advice,
if you want someone, tell them, no matter how scared you're feeling.
you literally have nothing to lose and so much to gain.
i waited too long to tell my person but it doesn't have to be like that for you all.

the amount of times i've written about relationships, you'd have thought i'd learnt something..
right? it would appear i have not.

i always try and hide my feelings, to show absolutely no vulnerability. i'd rather be a dickhead to someone than just tell them how i really feel and honestly, that mindset sucks.
i used to trust too much and sometimes now i trust way too little, i'd love to show a little vulnerability every now and again because of course that's what makes you human but there's just something inside me that's so full of fear about letting someone in that i just be a dick and hide my feelings.

love isn't something that should ever be taken for granted, love is something that should be cherished and you should hold on to that for as long as you can.
most people don't know this because honestly i was petrified of letting the world know and then everything just goes disastrous because quite frankly i'd rather lose a limb than my bestfriend.

i guess i always held back everything i wanted to say purely for the fact that i didn't wanna become this cringey person because that's far from what i am.
there's still so many things i wanna say but it's past that point of even saying the stuff you know, we're still friends don't get me wrong but i wish i would have allowed myself to be just a little bit vulnerable sometimes because if you love someone with all your entire being then they deserve to know that, they deserve to know how goddamn important they are to you, they deserve to know that they were the one consistent thing in my life and for that i am grateful.

for the past couple of weeks i've just felt pure sadness, numbness is probably a better word. i've just felt like i can be a pretty shitty person sometimes and i do fuck up, quite alot actually but that's what makes us human. people say things they don't mean, people make mistakes but its what you do to show you're sorry which really matters. actions speak much louder than words will ever do.

we're all just tryna find someone that makes us feel like when two souls were created you've met your other half and one day i hope everyone finds their other half.

i wrote this post purely because i have so much stuff weighing down on my heart that it just gets too unbearable sometimes and i need to just say the things that bother me. i know i also said i wasn't going to blog again but let's be real, we all knew that was bullshit.