How I developed my eating disorder. part 1

For me.. it wasn't about losing weight or wanting to be thinner, I wanted to have control over something that nobody else could. When everything else was out of my control and I couldn't stop it from happening, I couldn't eat. It wasn't a choice to not eat though, I just physically couldn't force myself to take a bite out of something. Food really overwhelmed me to the point that even just the thought of eating made me want to cry, literally.

My relationship with food had never been like that before, I grew up with a ton of favourite foods and cakes. I never had any issues with food before late primary school and the beginning of high school so year 6 to year 7 and onwards. In primary school I always stuck up for myself so if someone said you look fat or you're ugly, I'd be like bitttcccchhhh shut up. Okay maybe I wouldn't say bitch but you get what I'm trying to say!! 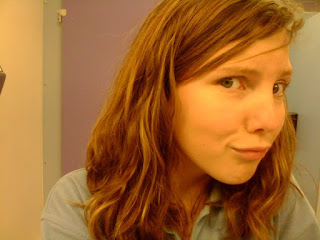 This girl here > is me in year 7 I think, and I loved the way I looked, I was so confident in being me that I'd always just let it slide if someone said something dickish to me.
I had friends, I was eating like a normal young person should, life was fucking epic.
It was the same year alot of that changed for me, my friends started to slowly stop hanging round with me or wanting too anyway, there was this one girl that just took an instant dislike to me, don't ask me why. I still don't know. But anyway, she really didn't like it that some of the guys in her year were my mates so she'd pick on me for that. this lasted a long ass time and eventually them friends left me too.

Getting constantly ridiculed by this bitch just because she didn't like me was the most frustrating thing, I was in such a constant battle within myself though because part of me wanted to change just so she'd stop and part of me wanted to be sassy as hell and not let her bother me and the part of me that won was the other part of me that didn't want ANYBODY to know this was going on and I figured if I didn't retaliate and say something eventually she'd get bored and stop. Eventually she did but the damage was already done and that's really when my eating spiraled out of control.

I'd stop having dinner at school yet I'd still tell my mum I ate and then when it came to tea time I'd just say I wasn't hungry or I was just too tired to eat. I'd try, I'd try so goddamn hard that I'd just cry if I couldn't manage something. I'd prefer to eat in the bathroom or in my bedroom. Sitting on the bathroom floor has always felt like a safe place, I'd sit in there til someone knocked on the door needing to pee then I'd go straight back in afterwards, I always felt one with my thoughts and although my thoughts scare me, it's sometimes nice for them to be neatly going around in my head rather than a jumbled confused mess. And sometimes when I'd try to force myself to eat I'd be sick in like 0.4 seconds afterwards so it felt unnecessary to even try again after that.

I used to really care about how I looked yet after all of this happened I didn't care anymore, I wouldn't wanna get out of bed, I wouldn't wanna do my hair.. just the basic things people do I found the trickiest to do.

I'd go to meetings for my attendance at school and I would literally cry and be sick at just the thought of going there, I'd try and put it off so much but eventually I had to go there.. I hate seeming weak to people especially the people at school because half the time the meetings would be scheduled at a certain time and then after it'd be done it'd either be breaktime or lunchtime which meant leaving I saw some people that were in my year. I didn't want them to see me or know I was there, I wanted to be invisible to everybody like I just wanted people to forget I existed because ultimately that's all I wanted then. To not exist.


My parents were getting increasingly worried about my weight and so were the doctors, I'd see counselor after counselor and because I hated talking what was I supposed to do? Talk about the weather??? If I didn't talk about how I'm feeling to anybody close to me then why would I do it for a stranger?
I became a really shut off person, I still am kinda like that but I just wanted to be in my own company and never see people again.


This is only part 1 of this post otherwise it'd have been super long..