A couple of months ago I thought I'd be sharing my future with someone that I believed were my future and when that ended I had no idea what I was going to do. I was lost, I felt like everything I believed was bullshit and I needed to figure what I truly wanted out. I know exactly what I want..

Thinking of the future seemed so daunting to me a couple months ago, I was so insecure about everybody leaving me that I didn't appreciate fully having them people around but they're gone and now I need to appreciate fully everything I do whether it's spending time with my siblings or meeting new people. ALWAYS appreciate the time you have with people because you never know when it's gonna end, you never know what's gonna happen tomorrow or even a week from now.. but never take people for granted.

I've thought so much about my future and I've even spoke about my plans with people and the more I talk about what I want in life, the more I want it. Anxiety and anorexia are things that have controlled my life for far too long now and to be honest I want so much more for myself. I want to stop allowing myself to be controlled by these things because I want to do the things that are outta my comfort zone, I want to do the shit that makes me anxious. I didn't always get anxious over 'insignificant' things, it hasn't always been this way and I'm not gonna give up on myself again. I'm better than that. 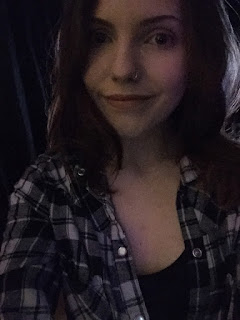 I give so many chances and I barely get one, and that's a trait I want to work on. I don't believe in giving up on the people that need you, no matter how badly they've treated you. Some people would say that's being a mug and you're letting people walk all over you but honestly? When you can tell somebody is pushing you away when they've been your number 1 fan for so long, there's gotta be an underlying reason for what they're doing. - I don't give up on the people that need me, no matter how much they try to push me away because they don't want me to be in any 'trouble' shit is worth it man.

The future is still scary as fuck to me because shit could change in a click whether you like it or not, and there's certain people that I genuinely wish I could change their actions or change how shit happened but I can't, all I do know is that actions speak louder than words baby.


Have a fucking awesome day.