THE PHYSiCAL SiDE TO MENTAL iLLNESS.

Okay so although mental health is literally ALL about your mental wellbeing and what not, people always seem to forget about the actual real life physical side affects to having any type of mental illness, so enjoy!

I'm someone that used to go out frequently or even just chill with some mates or something like that but as my anxiety and depression worsened I found that my own company was much better than anybody elses. I hated going out literally I'd cry at just the thought of it and when I'd have to go out with my family or something I'd say I was ill or make some bullshit excuse as to why I can't go.
I hated even leaving my bedroom, let alone my house.
I always wanted to be what I classed as normal because I hated who I was - every single thing about me even the good shit became a flaw. Maybe an insecurity, who knows.

Whenever I'm put into a situation that's scary for me I get into this weird kinda daze and won't speak or anything until it's finally over and done with,but if there's situations where it's kinda vital that I talk then I'll put this facade on and once you actually realise I'm a cool person, we'll get on fine.. kinda.
It's hard to be with someone or have friends that prefer going out rather than staying in because if you haven't already guessed, I LOVE staying in. Whether it's just to watch movies or anything, going out just isn't my jam. I mean, I'll do it but it still sucks for me.

I get panicky, and it's not the panic like ''where are my keys, ima be late?!!!!!!!!'' kinda panic, it's the kinda panic that builds up quicker than you could say hi and it builds up so much that it physically needs to explode which then I cry and cry, and my heartbeat is faster than Usain Bolt. I don't just get panicky being in social situations, when I talk to my boyfriend I'll say something that I've been thinking for a while and if I'm super excited about the thought of it and he doesn't seem at that level I'll panic and be like... 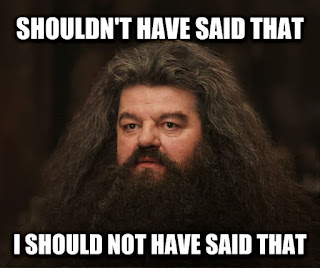 And then I'll start to overthink and because I rely on facial expressions and my 'vibes' I'll get it into my head that he's leaving me and it'll scare me. Like I'm not talking about the normal fear of losing your partner but the fear that literally makes you feel like your heart's in your tummy and you get this really weird nervous belly.

There's been this one facial expression though and I've only seen it once in a recent argument actually, but the way he looked at me it, it just hurt.


If I'm getting ready for a situation that I'm unfamiliar with I'll bite my nails, I've said I do this in a recent post but it's still a physical side affect so I might as well add it on here too. I pick the skin around my nail too and it just really hurts but it gets my mind off what's about to happen. Whenever I get anxious even mildly my skin will get these little bumps just underneath my eyes on both sides of my face and they aren't spots - it's just little red bumps that hurt like a bitchhhhhh.

Aaaaaand finally! I cry, like when I can't even explain it to people. I'll just cry because my emotions get the better of me and before I even start to cry or anything I won't be able to talk, my voice just disappears literally. I'll panic myself into an oblivion then won't be able to talk about it so I write or I cry either make perfect sense to me.

ThankYOU so much for reading! And keep being you, cos you're great.